I was lucky enough to have had the opportunity to work with the Calgary Roughnecks for the 2016 season as their team photographer. While the season did not end with a championship, it was still a great season and I had a lot of fun working with the team to capture their moments on the turf. Below I have include a few favourite images from this season’s home games.

Knock him on his Greer

I have nothing against Greer and he is a great player, but some of my favourite photos from this past season were of either Scott or Mike Carnegie knocking him down. Obviously the first one below is the best. Not only did he take a hit from Scott Carnegie that knocked his helmet off, but he also took a shot in the face from his own player. Amazing… 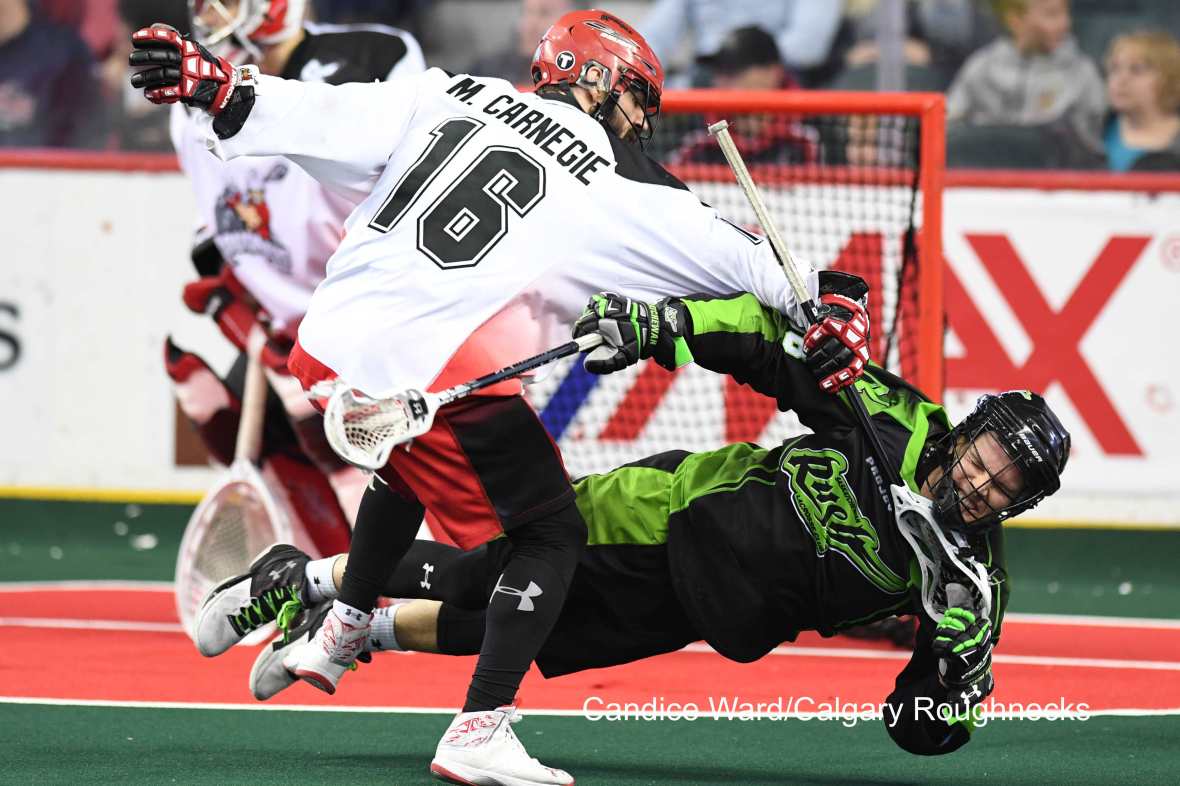 I love that the Saddledome has a catwalk. I did try and set up an overhead remote for game action once, but because of the constant music and bass, there was too much shaking for the photos to work out. I did shoot a few frames handheld from up there, but mostly just during warm ups. Here are a few of those. 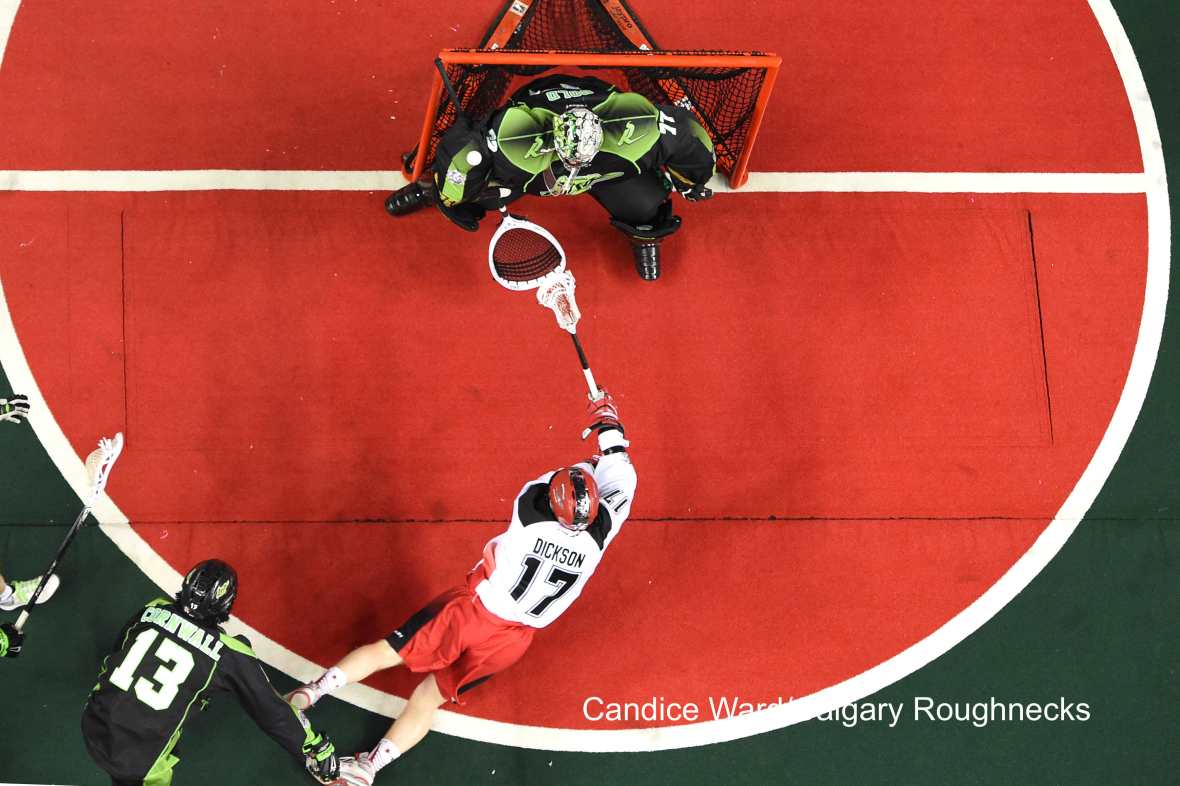 I love these types of shots. They are as fun to shoot as they are too watch. 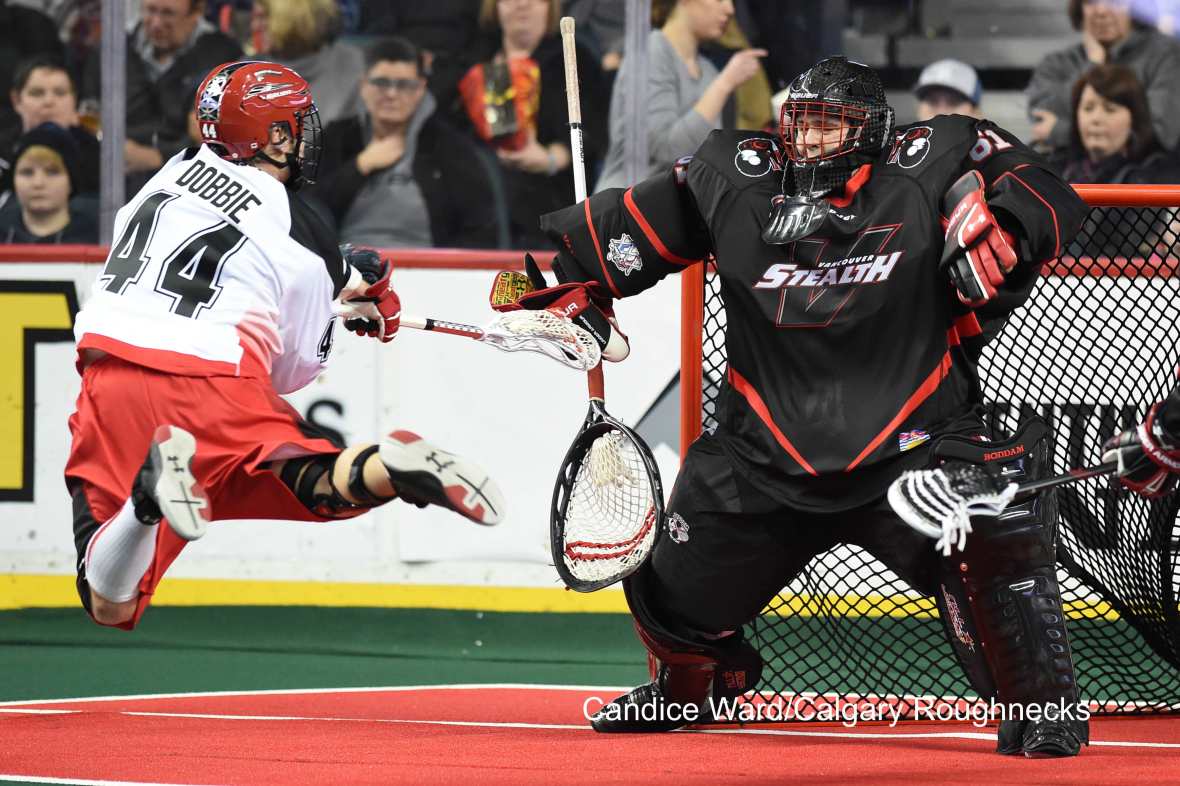 I never knew that I would love lacrosse so much. The action and the hits are amazing. It is totally different than hockey where no matter what happens in the game, you are guaranteed to have a pile of great action photos. 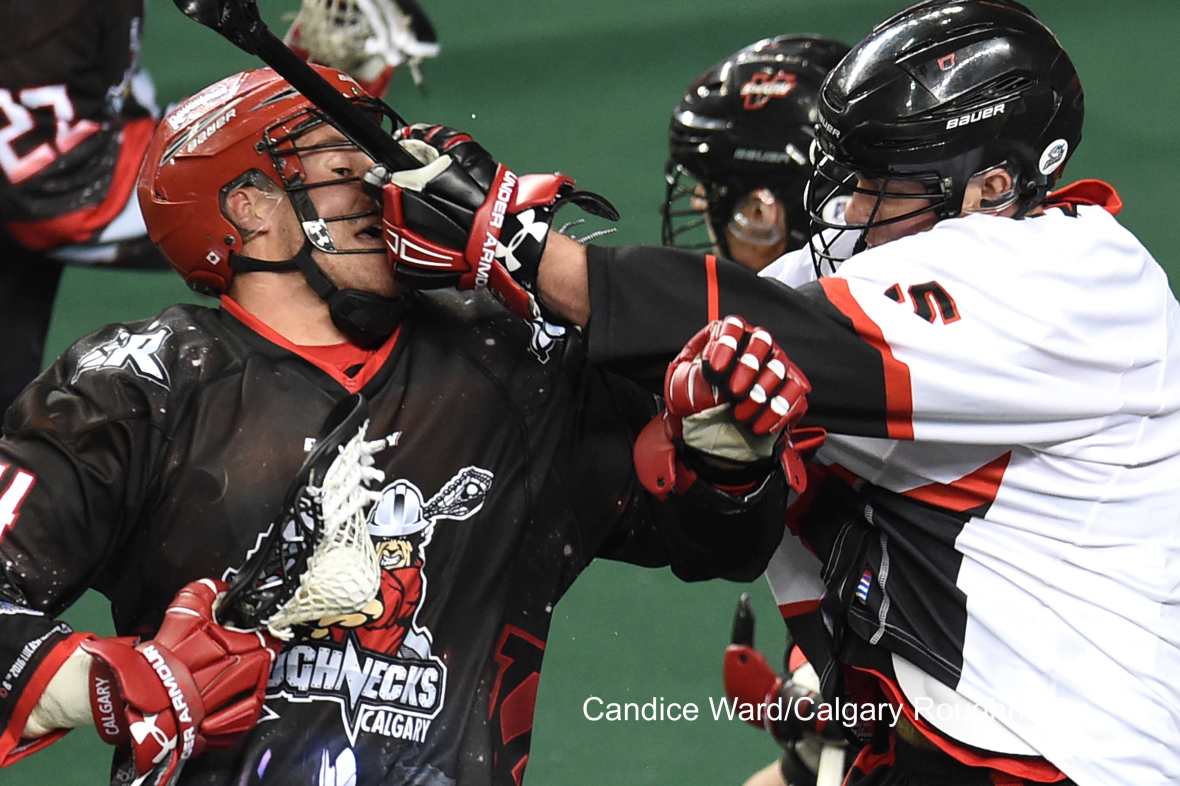 Also unlike hockey, there are a pile of celebrations in any given lacrosse games. I have not included many of the celebration photos because there were WAY too many to pick from. I like these two below because they have elements of the fans included.

Once again, thank you to the Calgary Roughnecks for allowing me to be a part of this past season and I hope to be back next year to capture another great season of images!