I shared one of these photos via Instagram about a week ago but love these photos so much, I wanted to share the rest of them.

The idea behind the shoot was to bring awareness to the fact that all the Falcons’ training equipment was stolen over the off season. The stolen equipment included a long list of things, such as step over bags, blocking sled bags, stand up bags, hand shields and even the Gatorade cooler (for a total of over $30k stolen). For the shoot, the Falcons lined up a player from each age group affected (Atom, Peewee, Bantam, and Midget) and we placed them with ‘replacement’ objects for what was stolen. The idea was to show that it would be ridiculous for these kids to train without the proper gear.

Here are the photos: 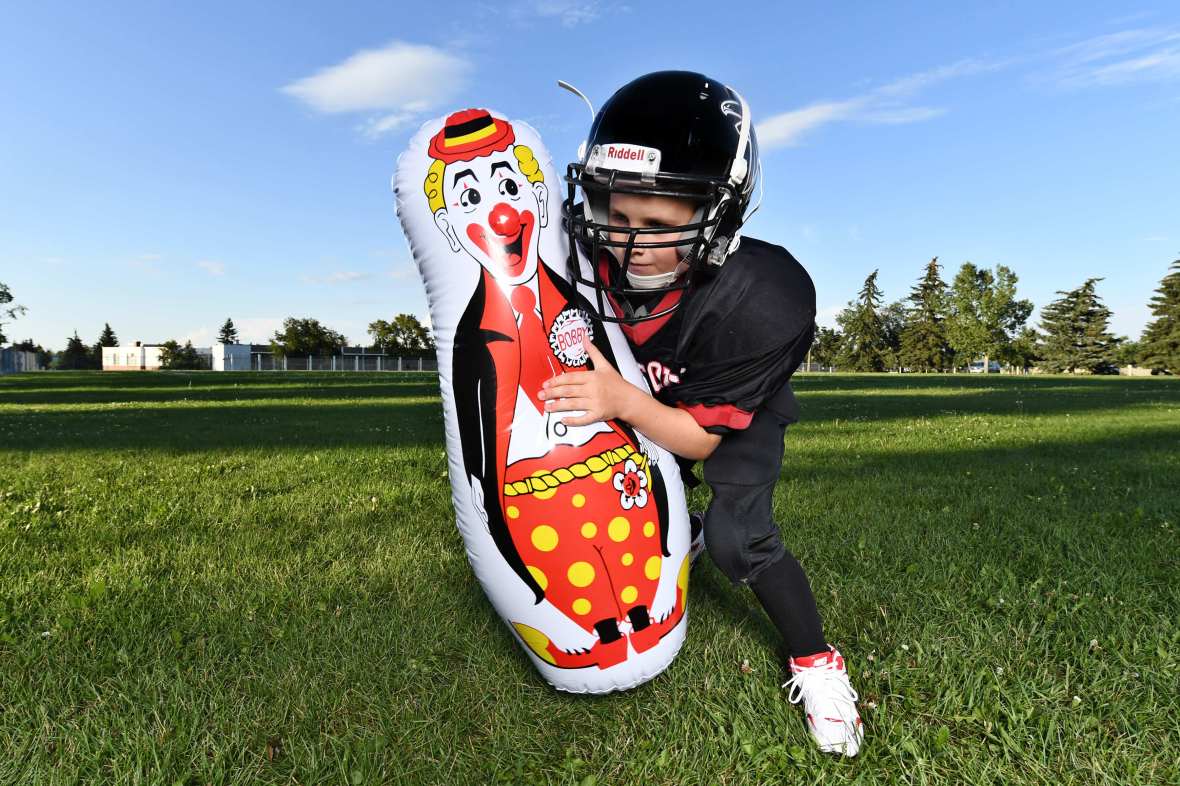 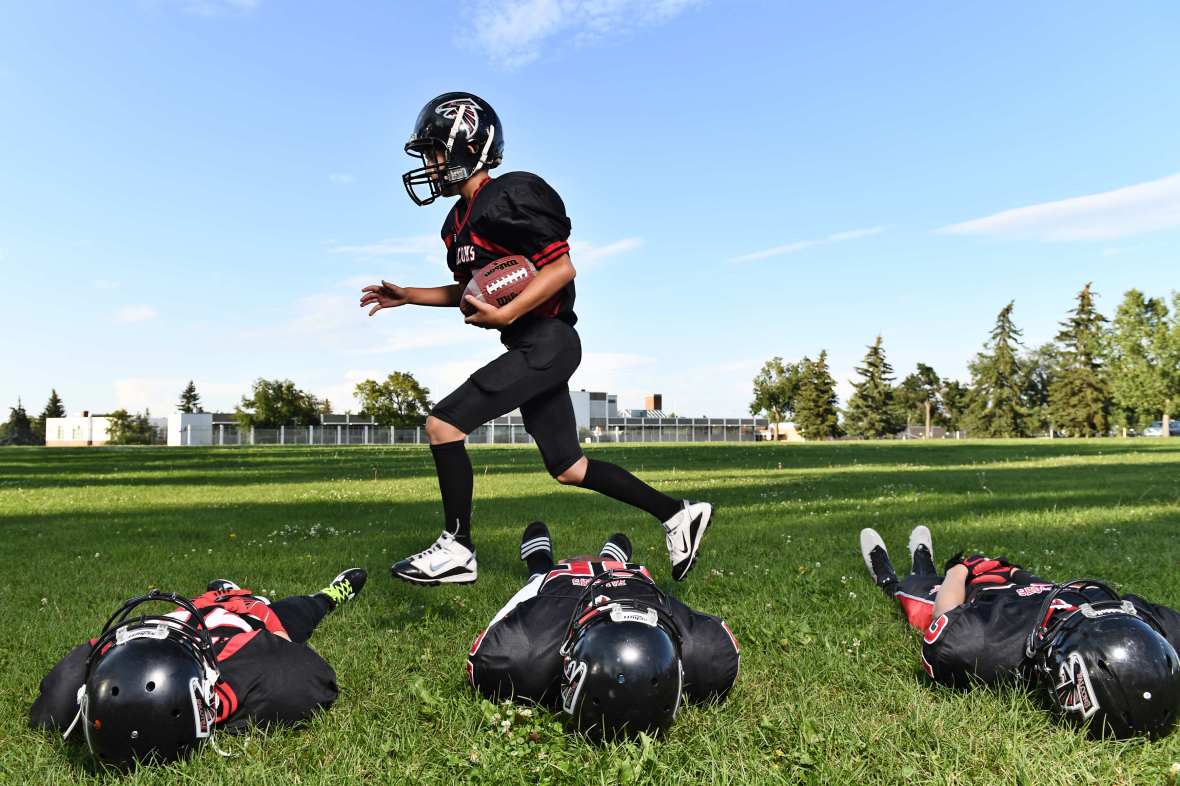 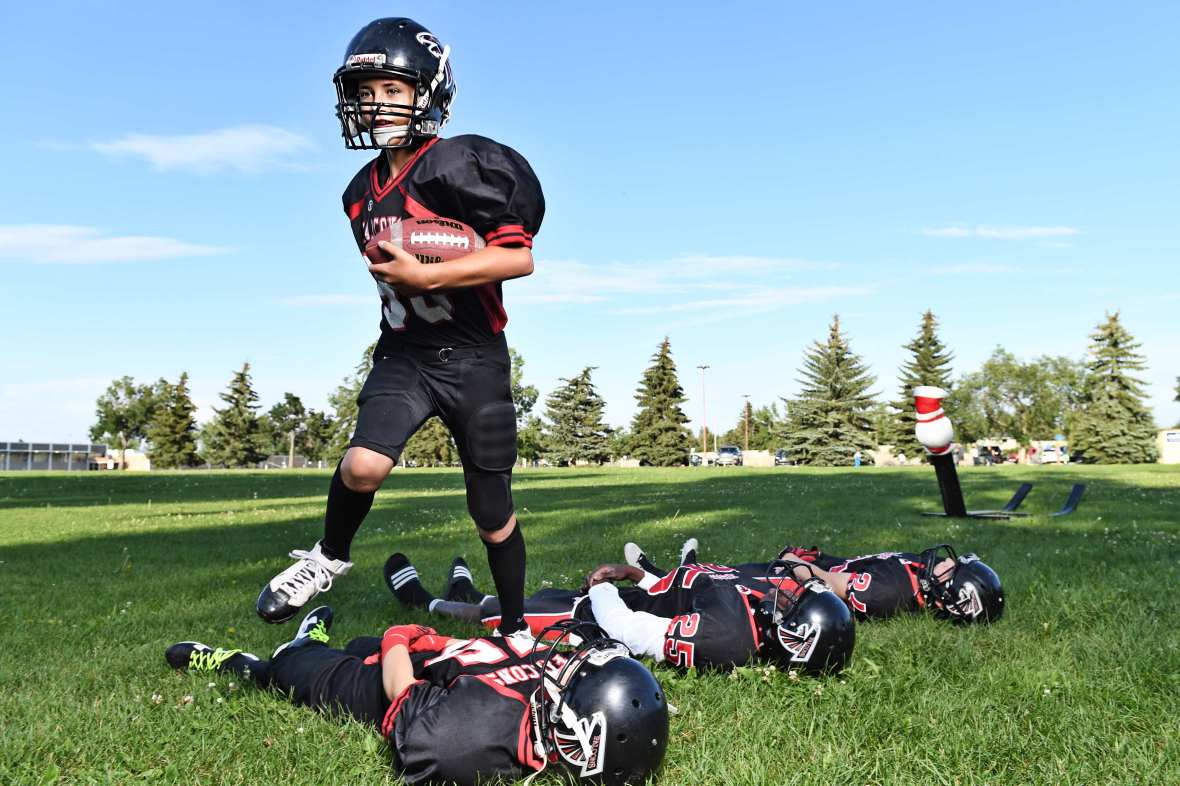 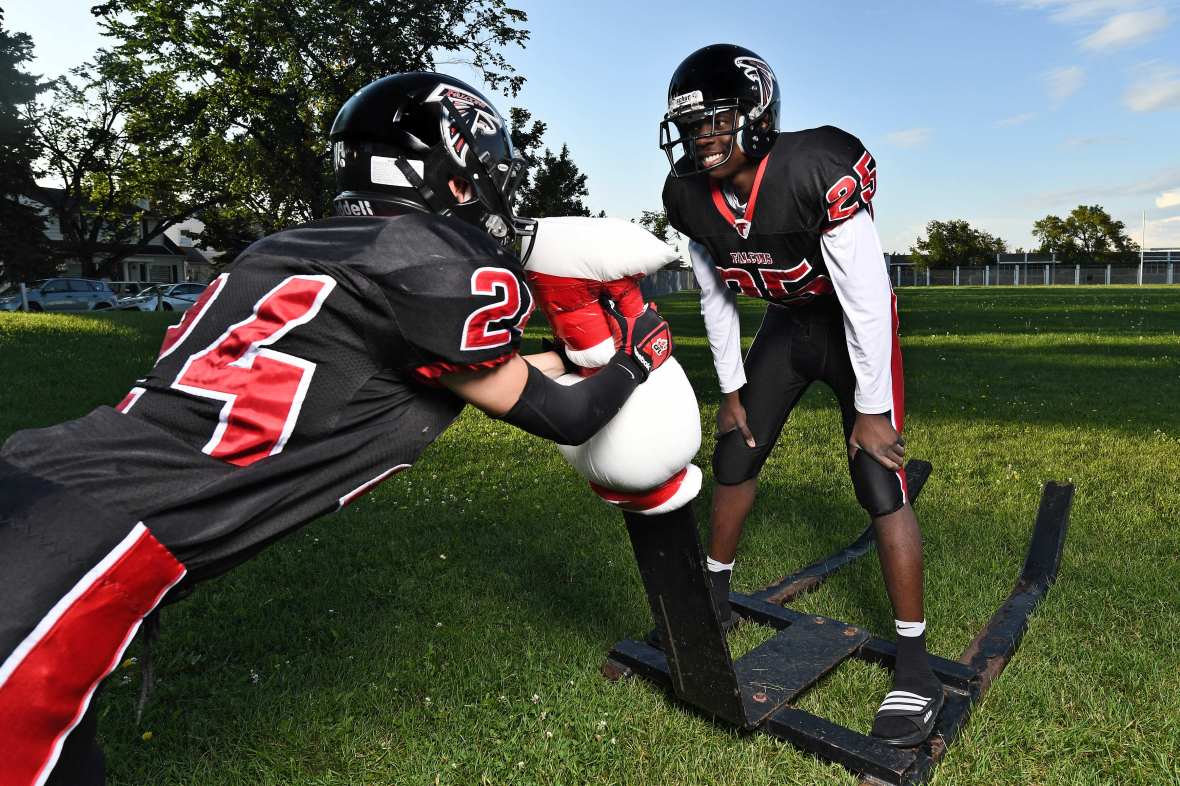 Ian Regier also very generously donated his time/talent to this project with some design work (see below) as a Thank You gift for the wonderful sponsor who stepped up and donated a bulk of the funds needed to replace the gear and save the Falcons season.